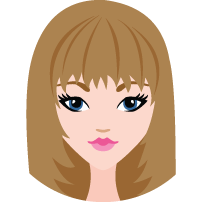 Efficiency is absolutely essential to success in an industrial setting. My name is Diana, and I can help you determine the type of supplies you need to have your operation working at maximum efficiency. Efficiency means that you are creating a better product in a shorter amount of time and spending less money and other resources to do it. Choosing the right supplies is one of the keys to creating the type of environment that can have you manufacturing products as efficiently as possible. This blog is intended to help you find the right supplies for the right price and smoothly incorporate them into your production.

Is The Circuit Overloaded?

Overloading is one of the most common reasons for a circuit breaker to trip. These breakers are designed to support a certain amount of electricity demand. When the circuit experiences demand that exceeds those limits, that overloads the breaker and trips it to shut the power supply off and prevent the circuit from overheating or possibly causing a fire.

If you're experiencing a tripped breaker frequently and there's a lot of demand on that circuit, you may want to think about moving a few electrical components to a different circuit. Reduce the demand on that circuit and see if that improves the situation. If so, talk with an electrician about expanding your circuits when necessary.

Is There A Short Circuit?

Sometimes, the breaker will trip because the circuit shorts out and there's a constant flow of electricity. When this happens, the breaker trips to shut it down because it can't regulate it otherwise. A short circuit usually happens due to damaged wiring.

Unfortunately, that damaged wiring could be anywhere between the breaker itself and each thing plugged into that circuit.  That's why it's best to reach out to an electrician to test every component and find the culprit.

Is The Breaker Damaged?

Another thing many people don't think about is the possibility that the breaker itself is damaged.  Whether due to age, pest infestation, or other issues, a breaker can suffer damage and cause repeated tripping.

A potentially damaged circuit breaker requires the attention of an electrician because of the safety issues related to the breakers themselves.  Have a local electrician help you replace the damaged breaker.

Circuit breakers are a critical part of your building or home's electrical system. Understanding the reasons why these circuit breakers might trip is an important part of protecting that electrical system. If you are struggling with frequent breaker tripping, talk with an electrician today for more help and support. They will be able to test the system and identify the source of the issues.